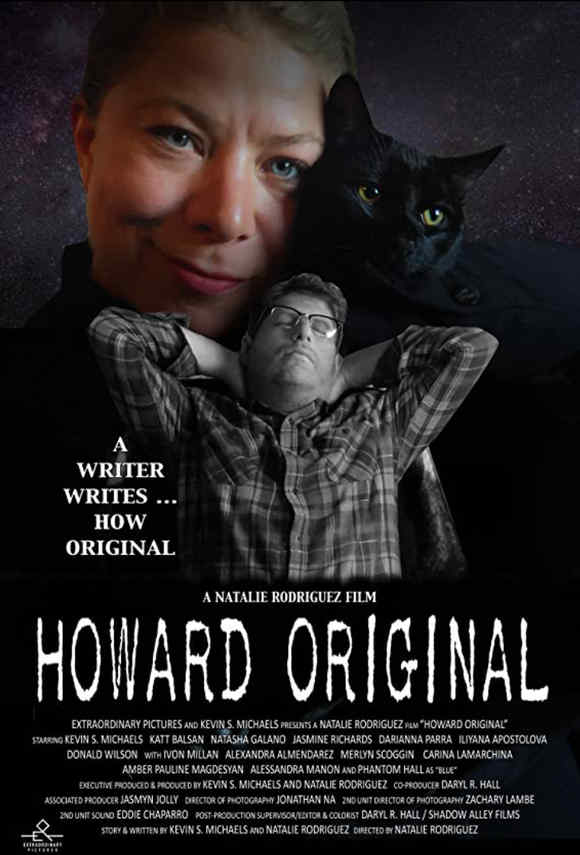 How does this work?
The Film

Synopsis: A washed-up screenwriter encounters more than just selling a story, a studio rejection, and writer's block when his pet cat comes to life. (Based on the award-winning 2017 short film, Howard Original). Due to recent tragic events in his life - particularly with MULTIPLE failed relationships - a screenwriter named HOWARD begins to question his life and the meaning of it. He escapes to a cabin, in hopes to find closure from both his writer's block and hysterical, yet painful past. Only, HOWARD finds himself in a state of reality and an altered universe when he finds an abandoned cat named BLUE while reflecting on his personal and work relationships.

Found a movie you like? Click below to learn more and request it at your local movie theater.

Screen your movie at theaters around the country.